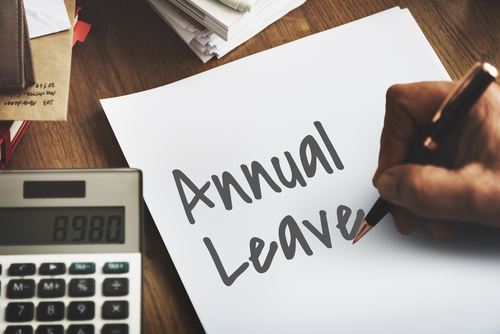 As we approach the end of a very unusual year, employers are faced with multiple questions surrounding annual leave entitlement.

Many employees took annual leave during the lockdown, resulting in a significant depletion of the leave available to them. Many employees have also been laid off or had their work hours reduced. But how has leave accrued during this period and how must it be calculated?

How does leave accrue during lay-off or short time?

To answer to this question, one has to refer to the Basic Conditions of Employment Act (BCEA), an applicable sectoral determination or a bargaining council agreement.

Subsection 20(2) of the BCEA provides as follows:

Subsections 20(2)(b) and (c) are clear. They allow for the parties to agree to the accrual of leave in accordance with days or hours worked. There can be no confusion. This would be an appropriate arrangement during a period of lay-off or short time.

However, if there is no such agreement, the situation is not that clear. There are two opposing views.

On the face of it, an employee’s entitlement to 21 consecutive days’ paid annual leave in terms of subsection 20(2)(a) does not seem to be determined by the number of months, weeks, days or hours worked during the annual leave cycle. According to this view – which is based on a literal interpretation of subsection 20(2) – an employee would be entitled to 21 consecutive days’ paid leave per year merely by virtue of being employed. It is irrelevant whether or not the employee had been laid off or worked short time due to the lockdown.

According to the alternative view, the right to 21 consecutive days’ paid leave entitlement presupposes that circumstances have been normal. In normal circumstances an employee would ‘earn’ his or her leave by consistently working 40 or 45 hours per week, or in accordance with an agreed shift schedule. It does not envisage the unusual distortion of working arrangements (such as lay-off or short time) that is brought about by the lockdown.

The disruption to work time brought about by the lockdown has in many instances affected the reciprocal obligations of the employee and employer. In the case of lay-off the obligation to work and the right to be remunerated have been suspended for the duration of the lay-off, and during a period of reduced work hours the reciprocal obligations of the parties to work and to pay have been reduced proportionately.

It seems logical that the accrual of annual leave should likewise be affected; i.e. leave accrual would be suspended during the period of lay-off, and be reduced proportionately during a period of reduced work hours.

What should employers do about leave accrual?

According to subsection 21(1)(a) of the BCEA, an employer must pay an employee leave pay calculated at the employee’s rate of remuneration immediately before the beginning of the period of annual leave.

However, section 35(4) of the BCEA provides as follows:

(a) the preceding 13 weeks; or
(b) if the employee has been in employment for a shorter period, that period.

A Ministerial Notice published in the Government Gazette on 23 May 2003, confirms that the underlined part applies to the calculation of leave pay (along with notice pay and severance pay) if there is a “significant fluctuation” of the employee’s remuneration.

The state of disaster that was declared due to Covid-19, has indeed brought about a significant fluctuation in the remuneration of many employees who have been put on lay-off and short time. A literal application of the above provisions would have unfair consequences for these employees (for example, an employee who was laid off without pay for several months until shortly before the commencement of his or her annual leave).

The national state of disaster, along with its consequences, was clearly not envisaged when section 35 and the Notice were drafted. It surely could not have been the intention for employees to be prejudiced in this way.

What should employers do about leave calculation?

Where employees would be prejudiced due to having been laid off or working reduced work time, we would encourage employers to calculate leave pay with reference to the employees’ remuneration immediately prior to the declaration of the national state of disaster.

Employers need to bear in mind that the leave provisions contained in sectional sectoral determinations and bargaining council agreements supersede the provisions of the BCEA.

The commentary above may not adequately cover all possible scenarios surrounding leave entitlement. We have tried to look beyond a literal interpretation of the law and have proposed what we consider to be the most logical and fair approach with regard to the most common questions that employers and employees face during this unusual and uncertain time. Further questions surrounding the effect of the lockdown will be dealt with in due course.